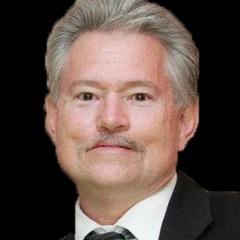 Ernie Smith grew up right here in South Texas. One of four brothers, Ernie studied in creative design. He worked towards his Associate's Degree while raising his first of seven boys. Married early in life, God found him early in his marriage, and changed his life forever. Not happy or satisfied with the life in advertising, he started a few odd jobs here and there, until he began working as a roofer with some of his friends. He quickly realized he knew what he wanted to be: an entrepreneur. In 1987, he broke away and started roofing on his own. In 1988, Ernie Smith & Sons Roofing was officially born.

Throughout the early years, Ernie and his wonderful wife Terry were consistently surprised how God in providence always blessed the work of their hands, and profited the family through their hard work. As each of the seven boys became old enough, Ernie enlisted them to work as apprentices, and each one became well-versed in roofing at an early age. The first crew was quite literally the Smith Family.

Ernie has always had the leader's character, and to his credit, he established this fruitful company with the strongest foundations. In 2007, Ernie sold the company to Carl. Today Ernie works in the company’s sales department and marketing department. He is semi-retired, remaining in a consulting position for all levels of the company.

There's no place like the outback for Ernie. He's always been into the outdoors, traveling, reading, researching, and writing. Ernie has nurtured some of the biggest gardens you’ve ever seen, and is very knowledgeable when it comes to growing fresh produce. Ernie is happiest when surrounded by his sons and grand-children.

Galveston, TX Repairing a flat TPO roof on...more »
Cypress, TX Protecting an above ground...more »
Back to Previous Page Back to Meet The Team