If you don’t know us, chances are the neighbors do! We’ve helped thousands of satisfied customers with their roofing needs throughout the Pearland, TX area.

Over the years we’ve built a solid reputation through word of mouth and customer recommendations, and our dedication to customer service has earned us the Gold Star and Super Service award from Angie's List as well as the highly coveted Better Business Bureau Pinnacle award in 2015 and 2016.

Ernie Smith & Sons Roofing is located just a few miles south of Pearland on Highway 6, and some of the Smith boys as well as several company employees make their homes in Pearland and in the Pearland area.

When we first started as Pearland roofers, Highway 288 was still lightly traveled, and neither Beltway 8 nor the Pearland Parkway existed. There were no Starbucks’ in Pearland, no Pearland Town Center, and the master-planned Shadow Creek Ranch was still just a plan.

Back then we bought our roofing supplies at Pearland Lumber in the historic town center - there was no Home Depot and no Lowe’s Home Improvement. Many fond Smith family memories were made during gatherings over the years at Juanito’s Mexican Restaurant (another family business success story) on Grand Blvd. in Pearland.

As Pearland roofers we worked for the best builders, remodelers, and real estate folk in town, and we helped patch up Pearland after the occasional hailstorm blew through over the years. One such storm in the early nineties affected several hundred homes in the Golfcrest Country Club area between Dixie Farm Road and the Pearland Parkway.

From east of Highway 35 all the way to Shadow Creek Ranch just west of Highway 288, we know Pearland! We’re familiar with every type of roof decking in every part of town, the permits required, and all the different shingle types and colors dictated by local deed restrictions.

All reputable Pearland, TX area roofers will know that most of Pearland is located in Brazoria county and all new work requires state windstorm (TDI) insurance inspection. Ernie Smith and Sons Roofing has been working with windstorm engineers and Pearland inspectors to secure thousands of new roof windstorm certifications for almost three decades.

We know all about Pearland’s stormy relationship with the weather, and we specialize in storm resistant roof application, not only here in Pearland but throughout much of the Gulf Coast of Texas. Call us today for your free estimate in Pearland, Texas!

A wide variety of both residential and commercial roofing applications include: 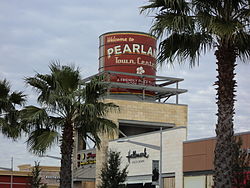 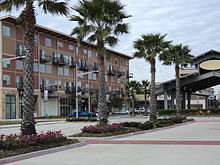