This album shows our roofing process in detail, including before and after pictures. This job was done in Friendswood, TX, for one of our awesome customers. Get into this album and take a good look! 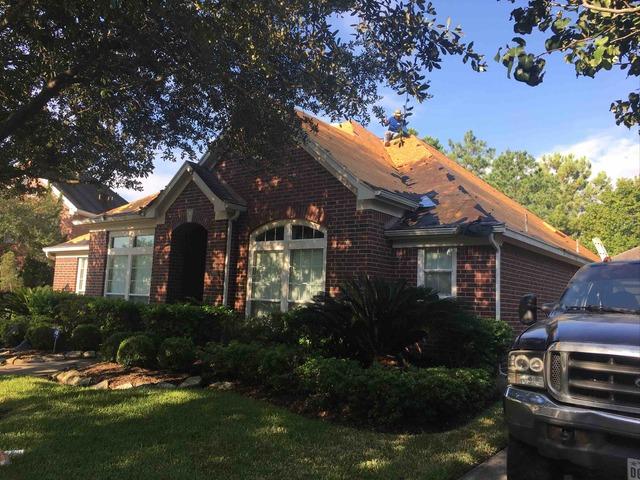 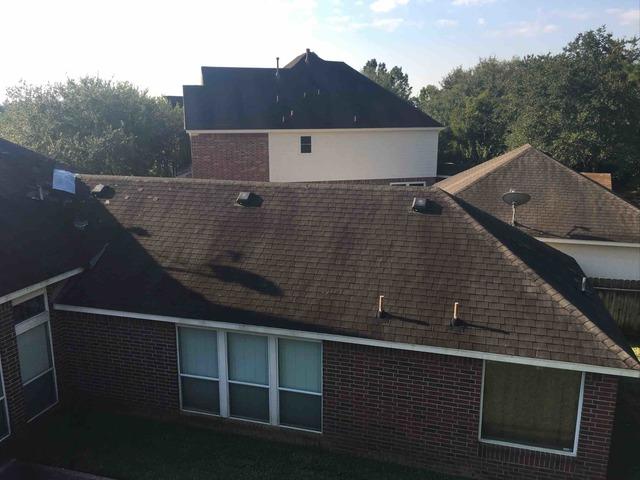 This roof was worn out and ready to be replaced. 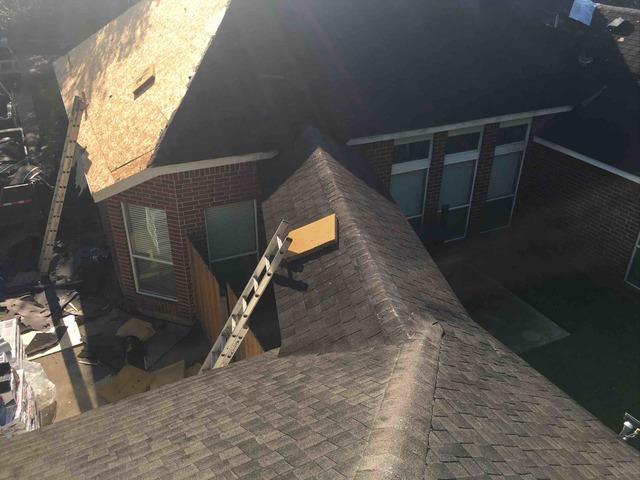 Here you can see how our crews only remove sections at a time. It is important to try to shingle all slopes or sections that were torn off during the same day. 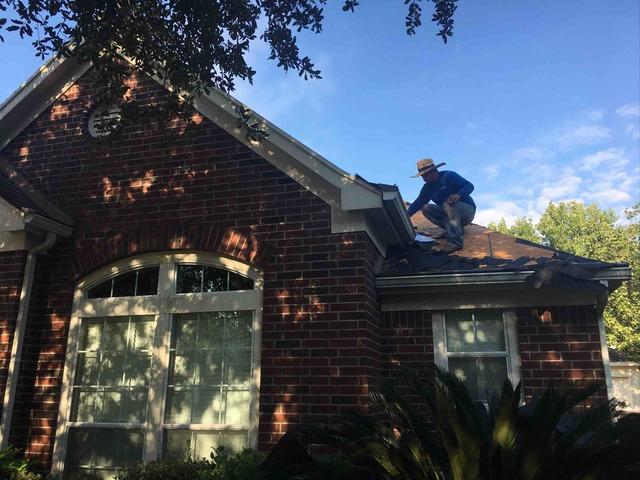 One of our great roof installers works on a tricky corner of the roof, ensuring all of the old roofing pieces are removed before the new material is installed. 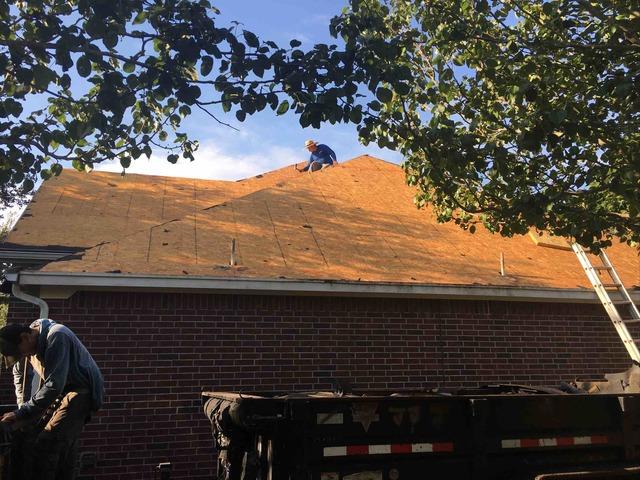 Before the new underlay is installed, the decking must be inspected. Not only is this important, it is very important that the deck is "cleaned". This involves the crew going over the old decking, installing new nails in the sheathing where necessary, and removing the nails from the old shingles. (Sometimes the old shingles' nails are simply nailed down. It is more efficient this way, and there are fewer holes in the decking created than there would be from removing the nails.) 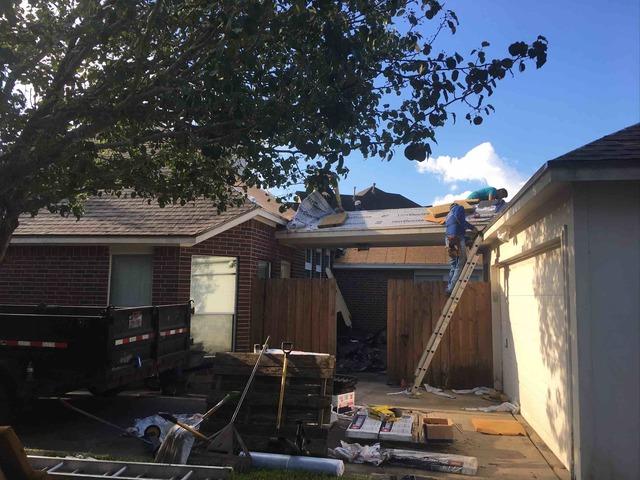 Our workers go around the roof before beginning the shingle installation. They install metal drip edge and new starter strips around the perimeter. We also place foundation sealant, known as plastic cement, on the starter strip, as an extra layer of protection from wind-driven rain. 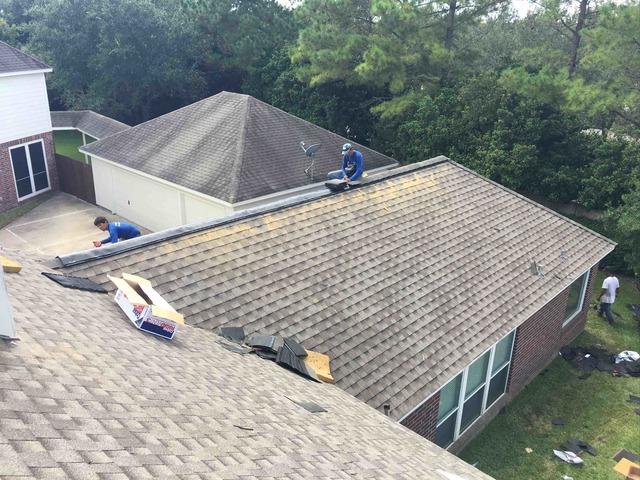 After the shingles are installed, ventilation on the ridge is the final step in the roofing system. This step, while last, is certainly not least important. In fact, if you do not have adequate ventilation, your entire shingle warranty could be void. Ask one of our sales representatives about your home's custom ventilation plan. 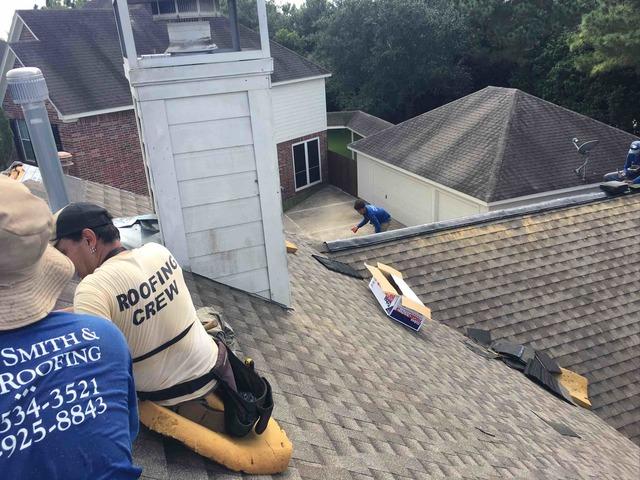 The labor force is often overlooked in roofing. Most contractors heavily focus on the cost of labor, and do not care which crew installs their roofs. It is easy to believe that "all roofing crews are equal" but it's just not the case when it comes to performance. We understand that the people working on your roof must be ethical, honest, and diligent. They must be polite to our customer, dedicated to good workmanship, and loyal to our company. 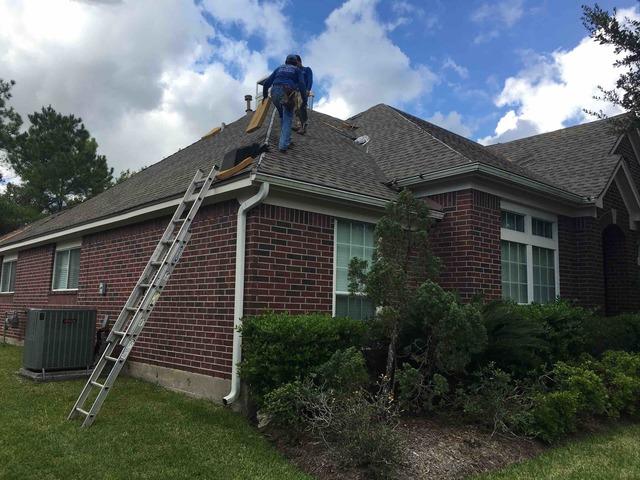 Before the crew leaves, a couple of the pros on the crew take a look at the work their men have done, ensuring it will pass the Smith & Sons inspection. All of our crews know that the supervisor will come out after they are done and any deficiencies found will be caught. They will be required to fix anything found by the supervisor that does not match Ernie Smith & Sons' standards for a new roof. 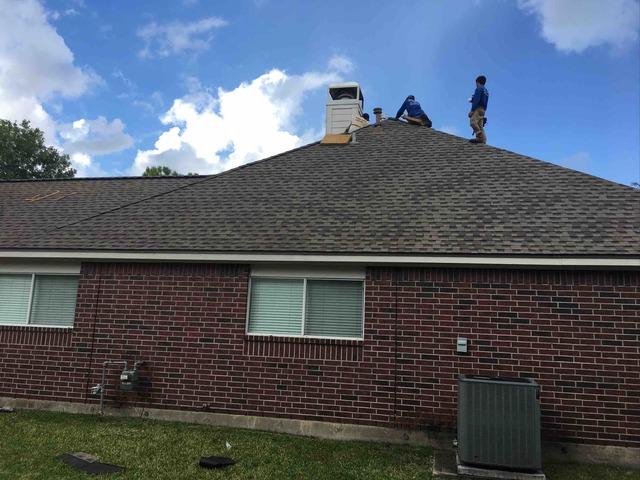 The highest ridge cap is always the last part of the work, excluding the crew's magnet run, which is done as the entire crew walks around the house, searching for debris and nails coming off the roof. 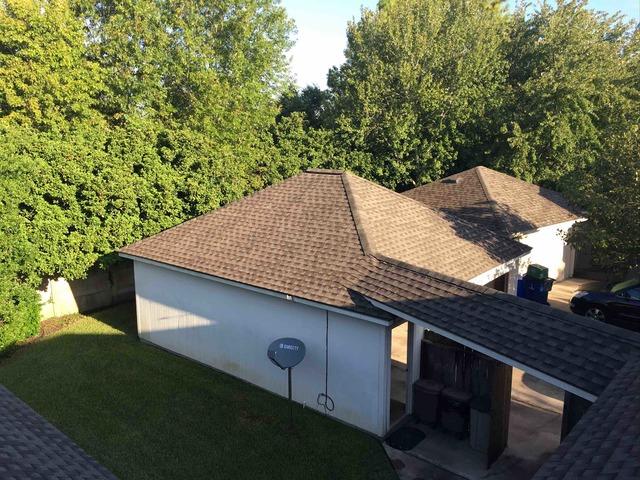 The average house's roof can take up to 50% of the entire house's appearance. The difference a new roof can make on your home's curb appeal is pretty surprising. Compare this picture with the second and third pictures in this album. What a difference! 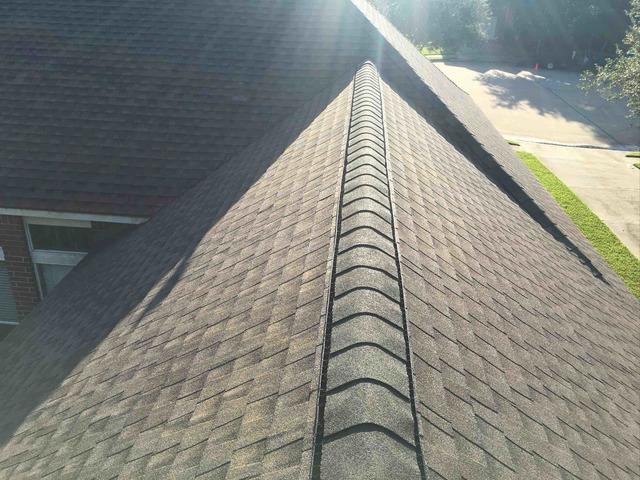 One easy way to figure out if you have a decent crew or a lazy crew is to stand back at the ridge and see how straight your ridge came out. The professionals always place chalk lines to mark straight lines, no matter how many years they've been doing it. 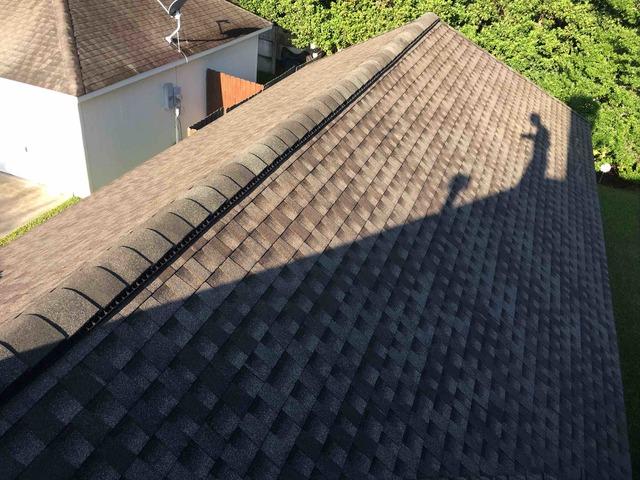 The new roof is done, and the earth tones stand out in this shingle color. This roof is guaranteed to withstand 130 MPH winds. That's up to and including a category 3 hurricane! It is also guaranteed against staining for 10 years.

Back to Previous Page