This home in Houston, Texas needed a full roof replacement, as the shingles were severely worn, there was rotten decking near the chimney due to a roof leak, and a few shingle tabs were pushed up by protruding nail heads. Repairing the roof would not have been a cost-effective solution, as it would have involved replacing significant portions of the shingles, and the rest of the roof would not have lasted long enough to justify the labor and expense. Additionally, repairing and replacing shingles in so many areas would have given the roof an unsightly "patchy" look, as new shingles would not have matched the old ones. Our customer chose GAF Royal Sovereign shingles, in the color "Weathered Gray". As you can see in the photos, we painted the exhaust vents and pipe flashings on the roof to match the new shingles, and to prevent corrosion. 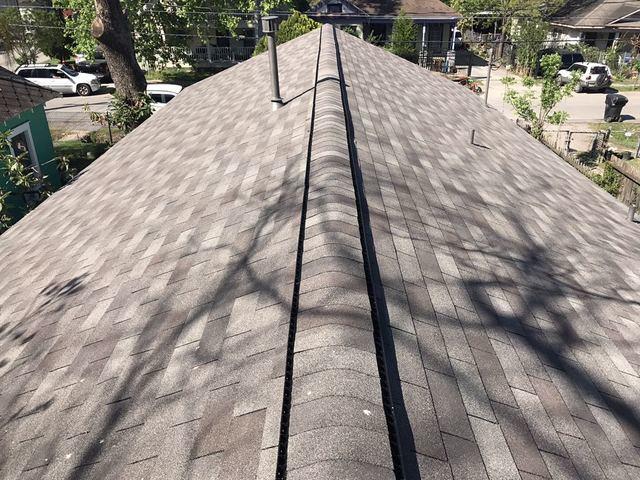 Looking down the length of the new roof. 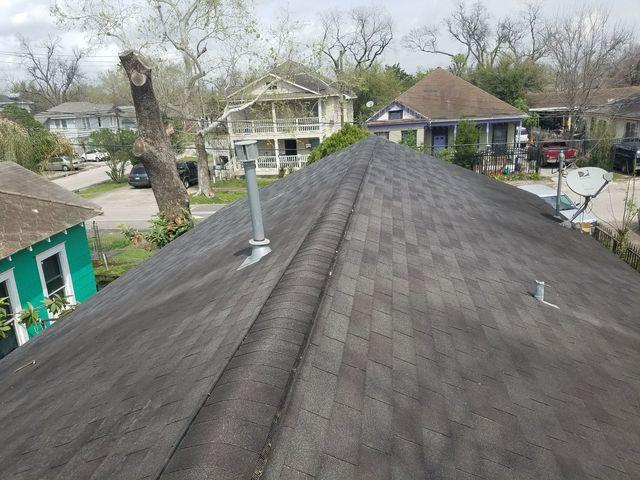 A look down the length of the old roof. 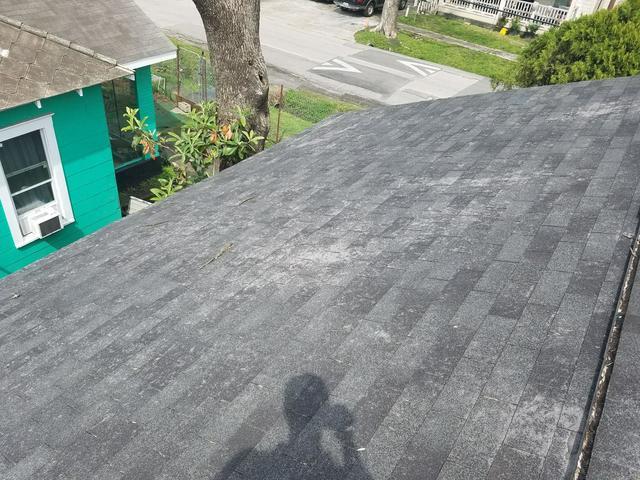 This area of shingles suffered from severe granule loss. The granules are needed to protect the shingle's fiber-reinforced asphalt structure from the elements. 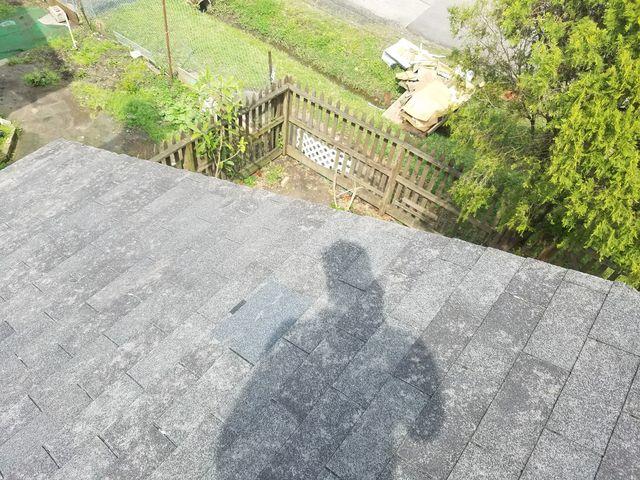 Another look at the granule loss. 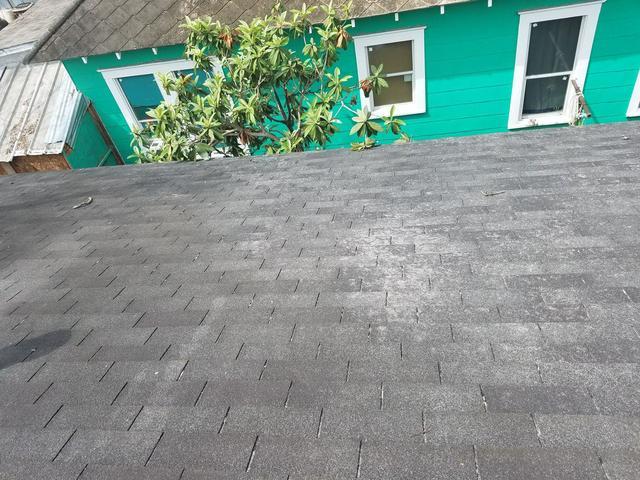 Another severely worn section of shingles. 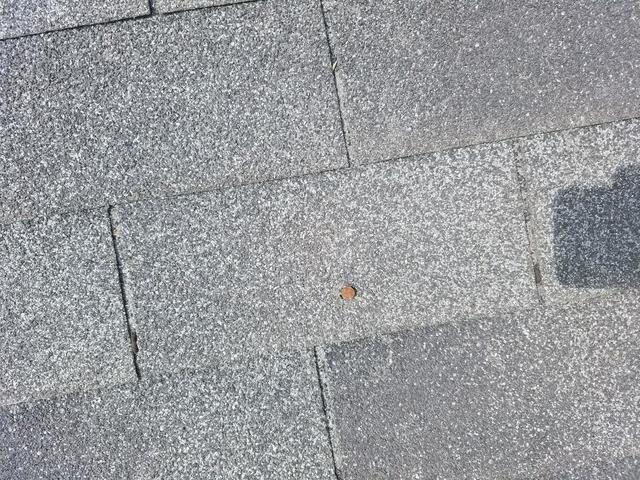 An exposed nail head. Leaving fasteners exposed allows for water to run down the fastener, through the shingles and into the wood decking underneath, rotting out the wood and causing fasteners to come loose. 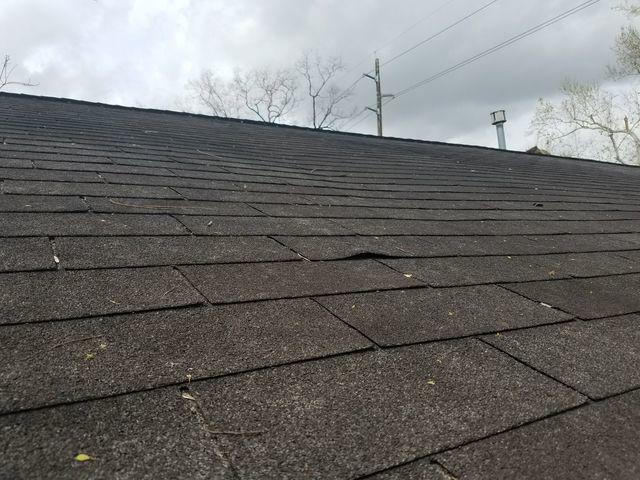 A shingle tab "fishmouth", caused by a protruding nail head underneath it. 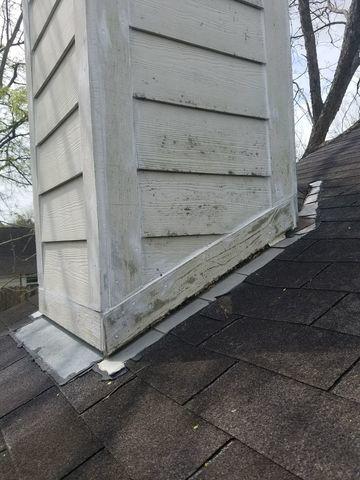 The old chimney flashing. Chimneys are a common source of leaks, usually from rusted or poorly installed flashing. Other sources of leaks around chimneys can range from rotten or poorly-installed chimney box siding, holes drilled for satellite dish brackets or cables, cracked or porous brick mortar, or broken or missing chimney caps. 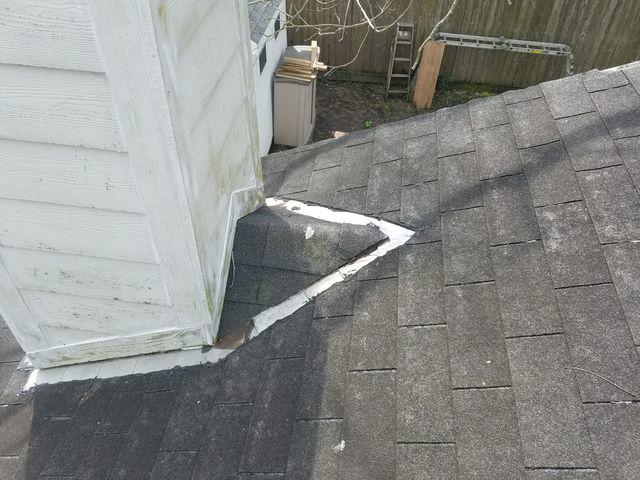 The old chimney and chimney cricket (also known as a saddle) were flashed with painted metal, in an open valley configuration. The cricket is meant to divert water around the chimney to prevent the buildup of water and debris behind the chimney. This flashing had failed however, and was leaking. 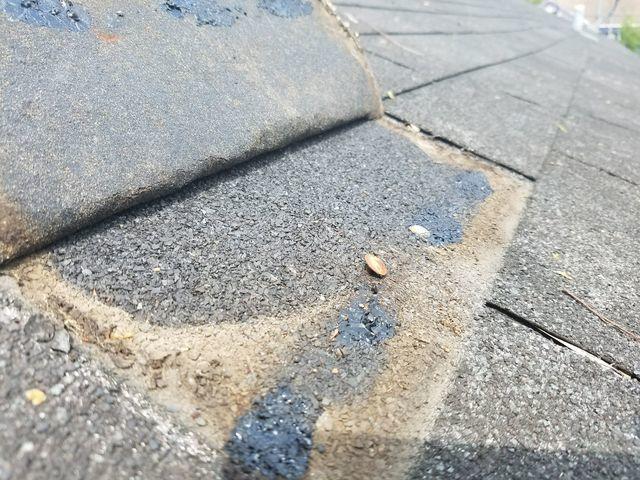 Lifting this shingle tab revealed that a protruding nail head was preventing it from laying down correctly. The dirt was brought under the shingle tab by rain and moisture, which should not have been able to get in. The rust on the nail indicates that it was exposed to excessive moisture, some of which no doubt found it's way around the nail, through the shingles, and into the decking underneath. 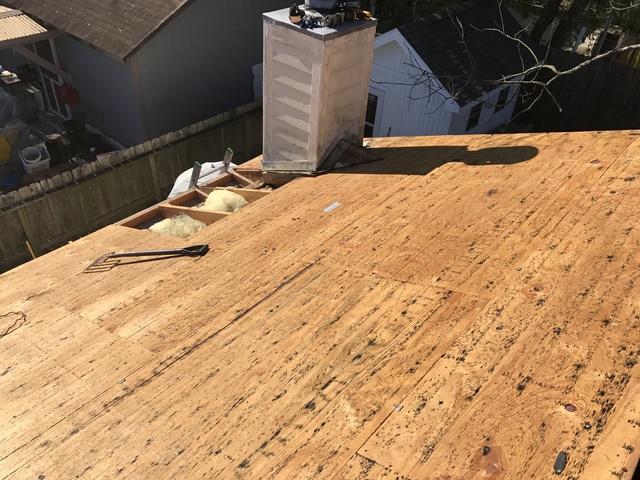 Replacing a piece of rotted decking by the chimney. 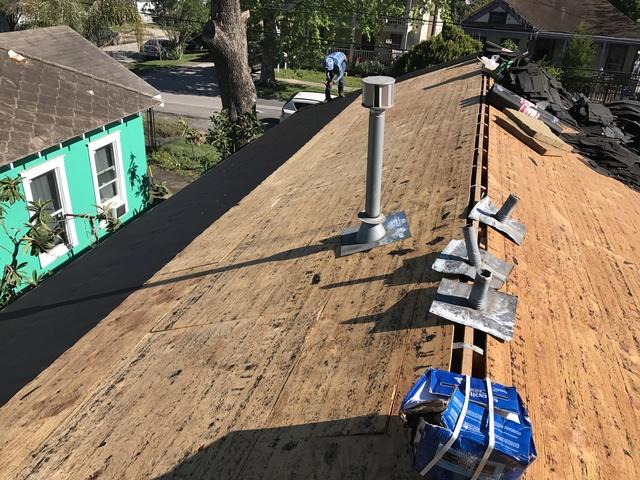 By removing all of the old shingles and underlayment, we can inspect the decking underneath and make any necessary repairs before installing the new roof. In this case, most of the decking was in good shape. 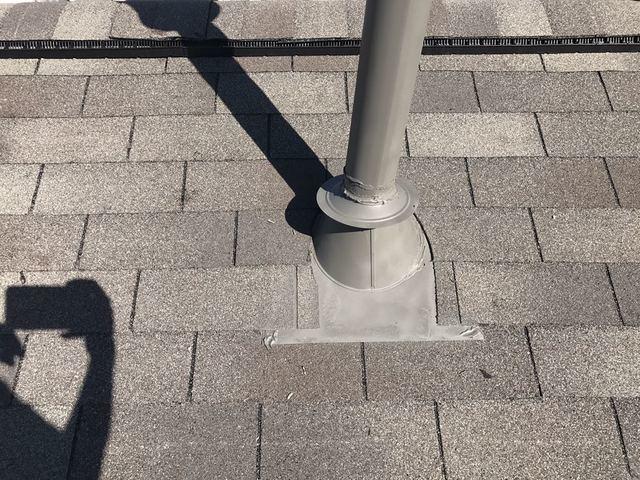 Exhaust pipe, collar and base flashing painted to match the new roof. 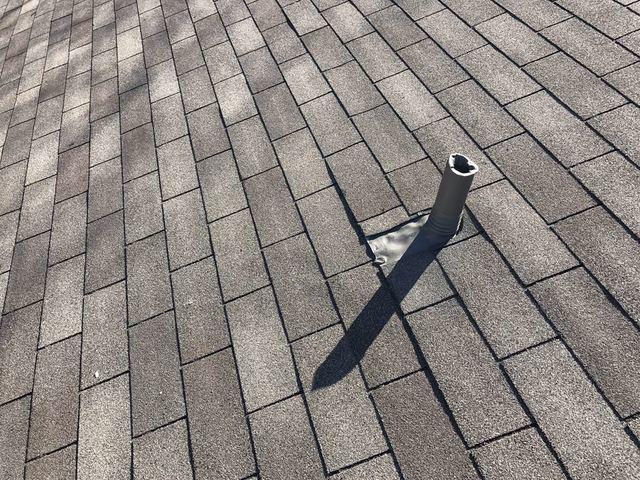 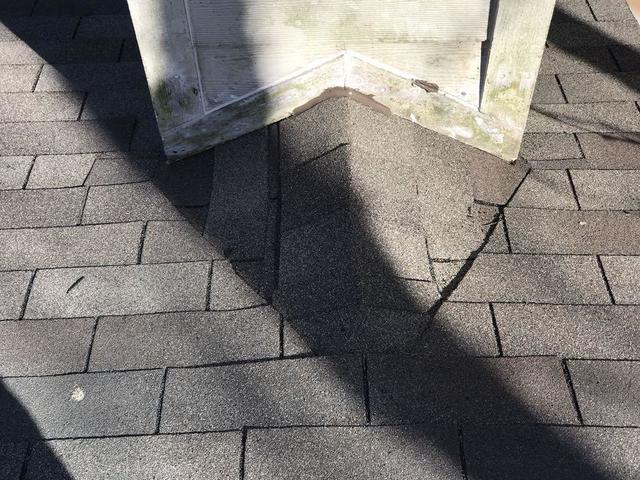 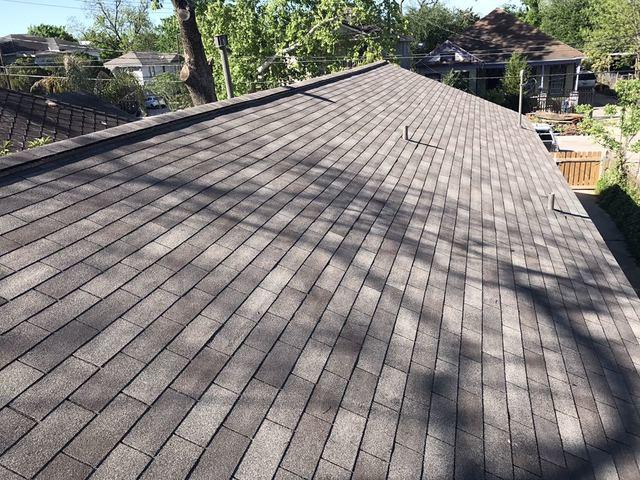 A look down the length of the roof, showing the subtle, classic look of GAF's "Weathered Gray" shingle color. 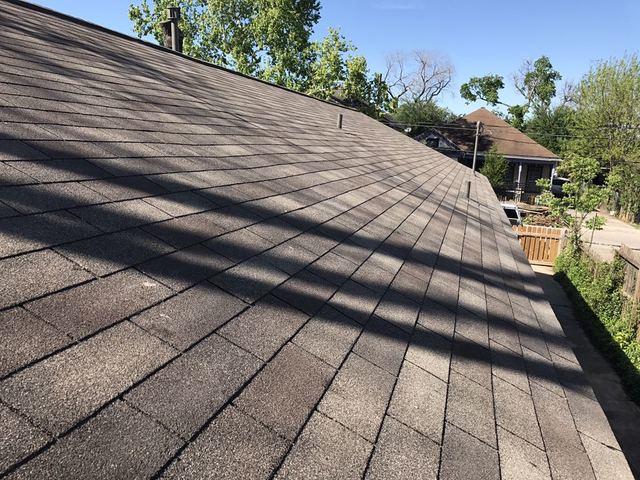 Roof Replacement Near You

A look along the edge of the roof.

Back to Previous Page